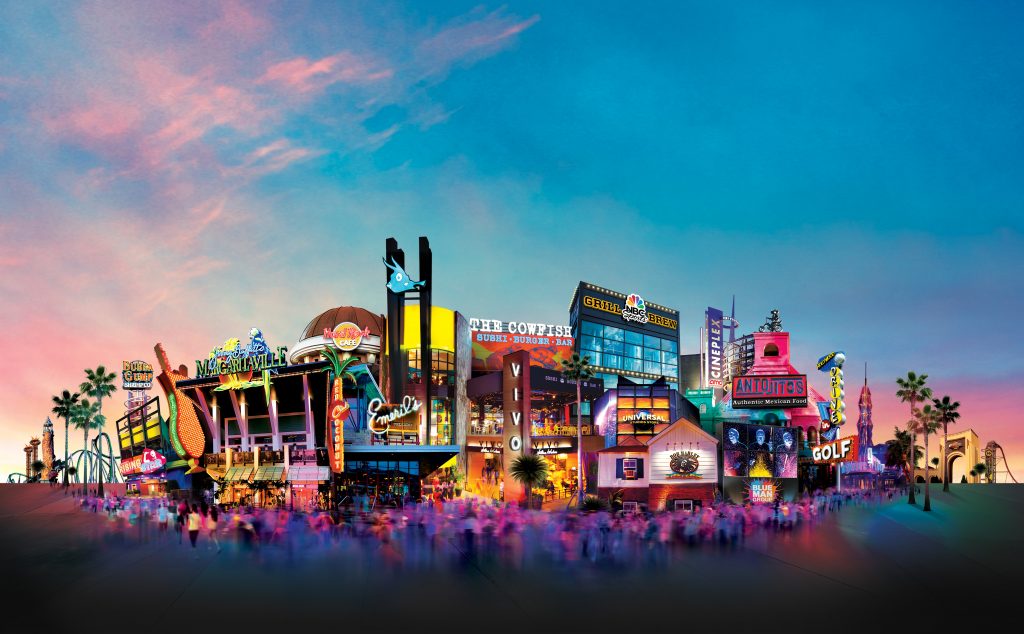 Restaurants and Shops in the Universal CityWalk District

Universal CityWalk is an entertainment and retail district located adjacent to Universal Parks & Resorts. It was originally created as an extension of Universal Studios Hollywood. Today, it serves as an entry plaza to the theme parks. Many of the shops and restaurants are located within the area, and the theme parks are easily accessible from CityWalk.

NBC Sports Grill & Brew is a casual dining option located in the Universal City Walk. The restaurant offers a variety of beverages including a variety of beers and wines. The menu also features a variety of delicious dishes and desserts. There are also several vegetarian and vegan options.

NBC Sports Grill & Brew is located in Universal City Walk and offers a sports-themed dining experience. The restaurant is decorated with tons of sports memorabilia and giant specially commissioned art pieces. It also offers live streaming coverage of popular sporting events. There is even a giant HDTV monitor on the patio for guests to enjoy.

You can enjoy a delicious bowl of Menchie’s Frozen Yogurt at Universal City Walk. It is located just before the Voodoo Doughnuts restaurant. The menu offers a variety of flavors and toppings. If you are a foodie, this is a great place to indulge in a cold treat on a warm day.

Menchie’s is known for its unique frozen yogurt flavors. You can try flavors like The Art of Black Cherry Tart, Rockin’ Salted Caramel, Pineapple Cake, and Toasty Marshmallow. You can even customize your ice cream with dozens of toppings.

Universal CityWalk is home to Hard Rock Live Orlando, which features live music and comedy. The concert venue has 3,000 seats and state-of-the-art sound systems. It has hosted big names in music, comedy, and other events, including awards ceremonies, beauty pageants, and competitions. There are usually at least one live show every week at Hard Rock Live, and multiple performances are often scheduled throughout the year.

CityWalk’s central plaza is topped by a radial trellis and features a leaping fountain. The courtyard also has a large television monitor, which shows NBCUniversal and Universal movie promotions. The entertainment venue is also home to street performers.

In the heart of Universal CityWalk, AMC Universal Cineplex 20 with IMAX is a modern movie theater featuring twenty big screens and an immersive IMAX* Experience theater. The theater boasts stadium seating with high-backed rocking chairs and state-of-the-art sound and projection systems. The theater also features a full liquor bar and concession stands for your convenience.

There are concession stands with candy, soda, popcorn, hot dogs, and more for your movie-going pleasure. You can also enjoy drinks at the full liquor bar and get a free refill on your beer.

If you’re looking for a quick service restaurant that serves quality sandwiches, check out Bread Box on the second level of Universal CityWalk. Located in the former location of Cigarz, Bread Box aims to fill the sandwich void in the CityWalk area. Similar to Earl of Sandwich in Disney Springs, Bread Box focuses on using quality meats and fresh bread to make its sandwiches. The menu also includes house-made soups and grilled cheeses.

The BreadBox is located in the CityWalk area near Whopper Bar, Panda Express, and Moes. It sits on the site of the old Cigarz bar and has a colorful retro look. You’ll be able to customize your own sandwich with the self-serve toppings bar.